Deborah J. Hamouris (DJ) is a performer, composer, arranger, and songwriter; a teacher and conductor; an event producer and community organizer. Known for her work with the mountain dulcimer, an American folk instrument, she leads the Berkeley Dulcimer Orchestra, produces the annual Berkeley Dulcimer Gathering, and teaches at the Freight & Salvage Coffeehouse.

Musically versatile, DJ performs as a jazz vocalist and a traditionally influenced songsmith. She gives private lessons online and often serves as an instructor and performer for camps, community centers, conventions, and festivals.

In 2009, DJ joined the faculty of the Freight & Salvage education department, where the Berkeley Dulcimer Gathering was launched in 2013. The Gathering attracts participants and instructors from across the nation and continues its 9th annual event (currently virtual) in May, 2021. Inspired by dulcimer mentor Steve Eulberg, DJ created the Berkeley Dulcimer Orchestra in 2014. The orchestra completed its 7th season, virtually, in 2020. 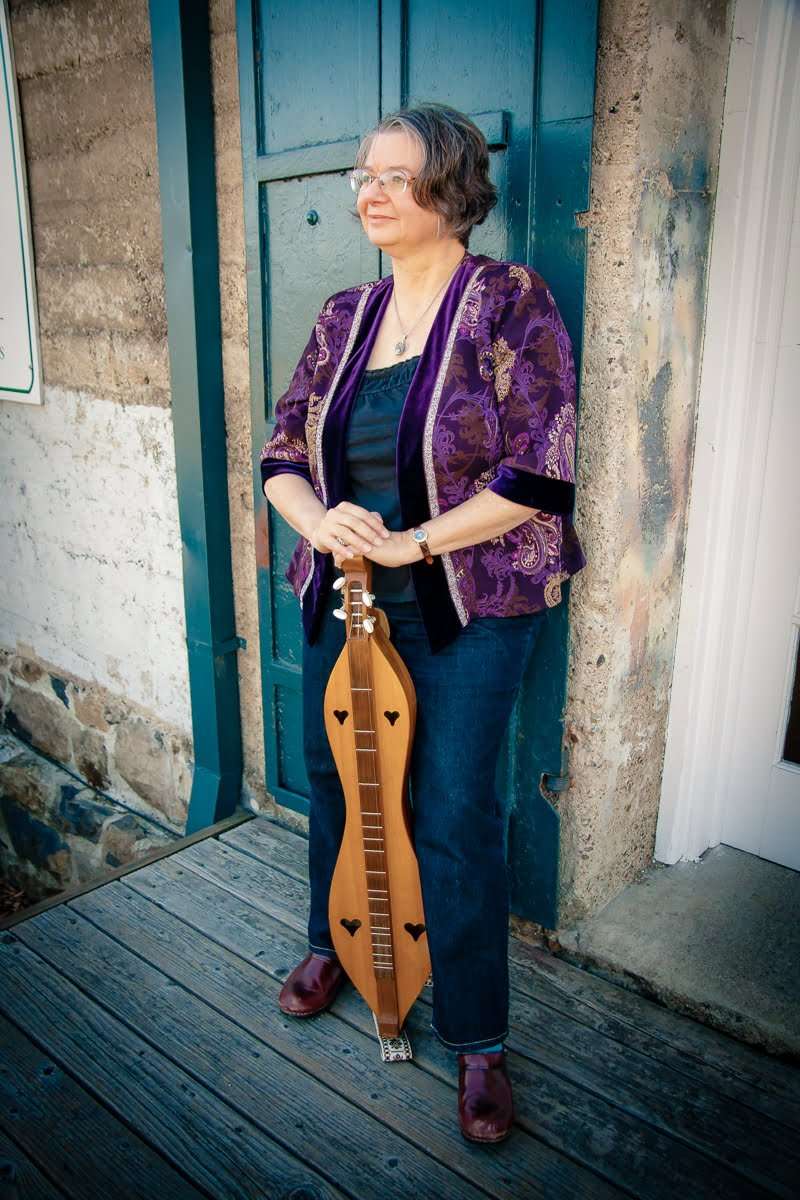 She has been a member of several bands: Moonrise (folk trio), The Nomadics (jazz trio), and The DulciMates (folk duo). She founded and directed community choirs Gaia’s Voice (1987-1992), East Bay Harmony (1999-2001), and Women & Song (2002-2020). From 1999 to 2001, DJ served as musical director for Reclaiming’s Spiral Dance, held each autumn in San Francisco. She performs annually at the Dickens Christmas Fair in San Francisco.

Her recordings include 1 in 8 (2017) and Snapshots (2012), both with renowned guitarist Mimi Fox; The Green Man, a selection of traditional songs with TheDulciMates (2012); Songs of Love, Magic, and Other Mysteries with Moonrise (2003); and The Chorus of Life with Gaia’s Voice (1990). In 1986, she recorded the album Welcome to Annwfn with brother, Rick Hamouris. Their rendition of his inspirational song, “We Are A Circle,” is sung in many languages from around the world. DJ was a featured vocalist on Let It Begin Now with Starhawk, Reclaiming & Friends (1997) and The Best of Pagan Song (2004). 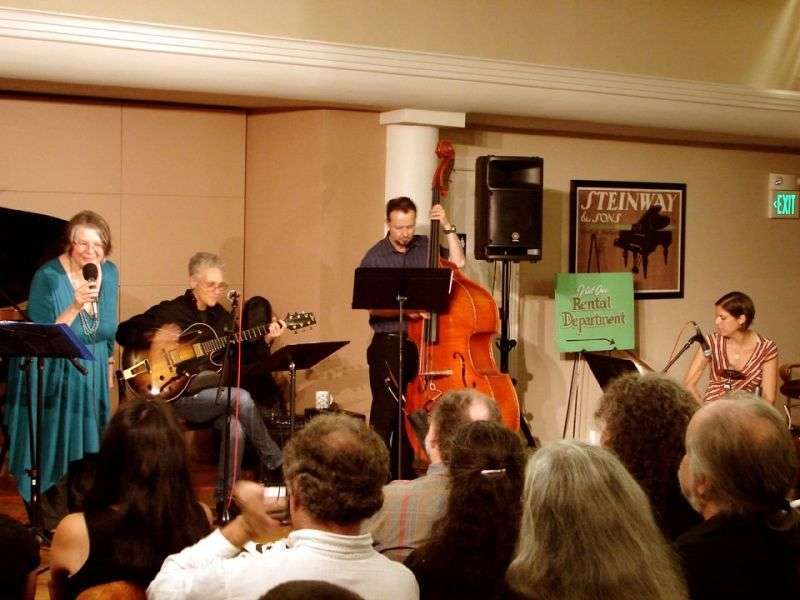 DJ earned a BA in music from CSU East Bay, where she created, curated, and produced Musica delle Donne (an annual performance festival of compositions by women). She has studied voice with Eleanor Cohen, Sandy Cressman, Rhiannon, and Raz Kennedy. 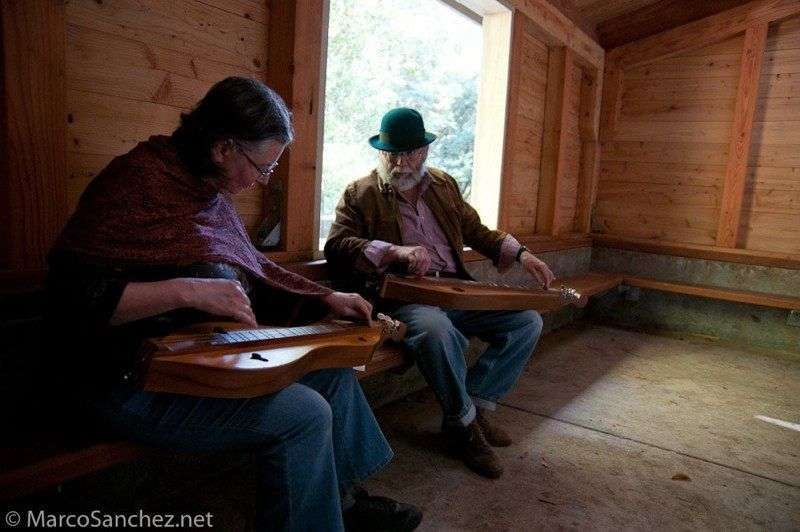 DJ has served her community as a staff member at the First Congregational Church of Oakland and the Berkeley Fellowship of Unitarian Universalists. In the 1990s she worked at Shambhala Books (curating women’s studies publications, music selections, concerts, and talks). DJ has volunteered for many cultural and spiritual events and organizations over the years including CASA (Contemporary A Cappella Society of America), Arts First Oakland, Sing For Your Life, Spark Collective, and Living Jazz.

In 2015, she was diagnosed with breast cancer. After a year of successful but stressful treatment DJ created “1 in 8”, a show with music and monologues. Since then she has focused on mountain dulcimer creativity, publishing “Indian Summer”, music & reflections on living a dulcimer life. DJ is teaching dulcimer in her home, online, or at national festivals. Living during the pandemic has only broadened her scope of inspiration and teaching opportunities. 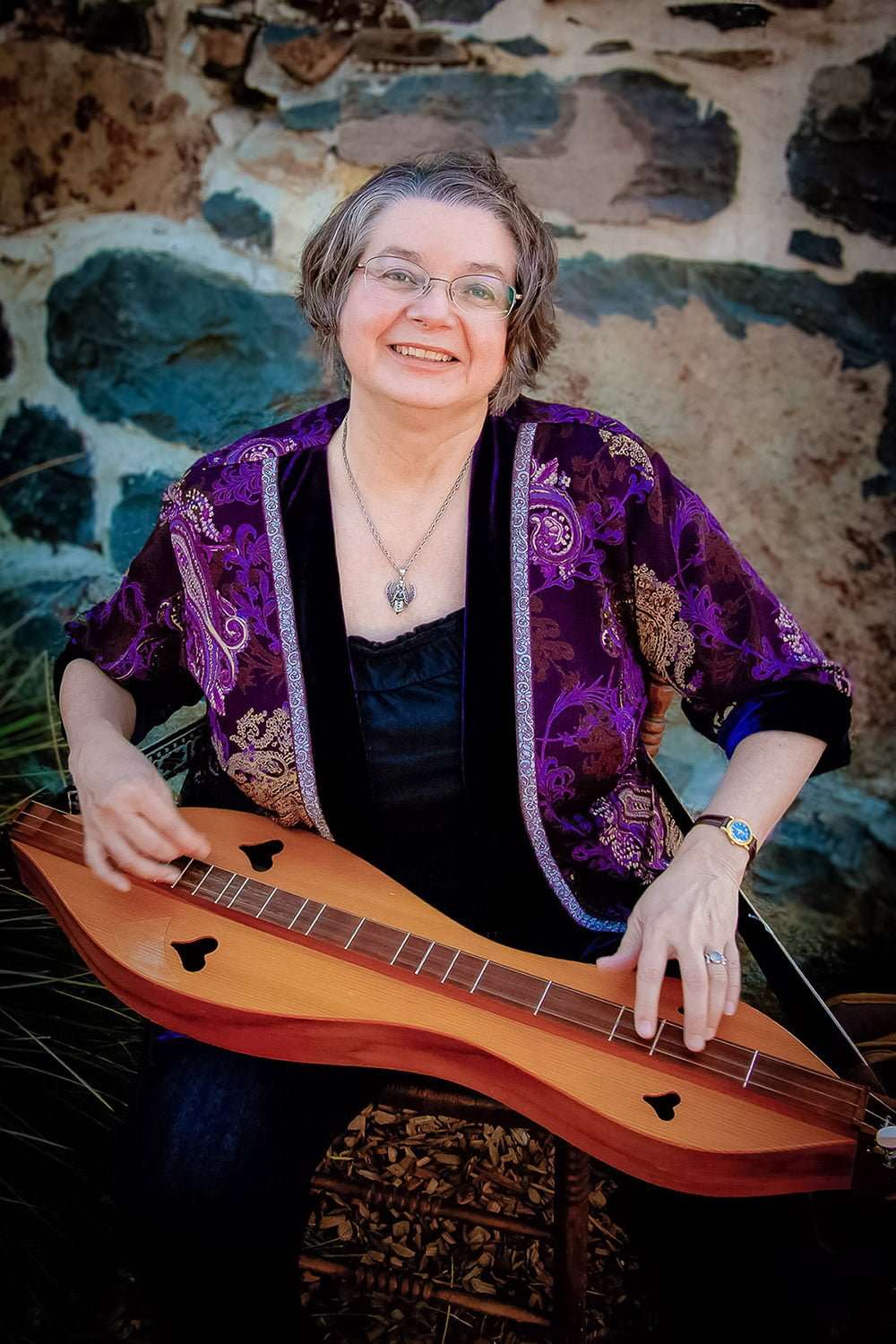